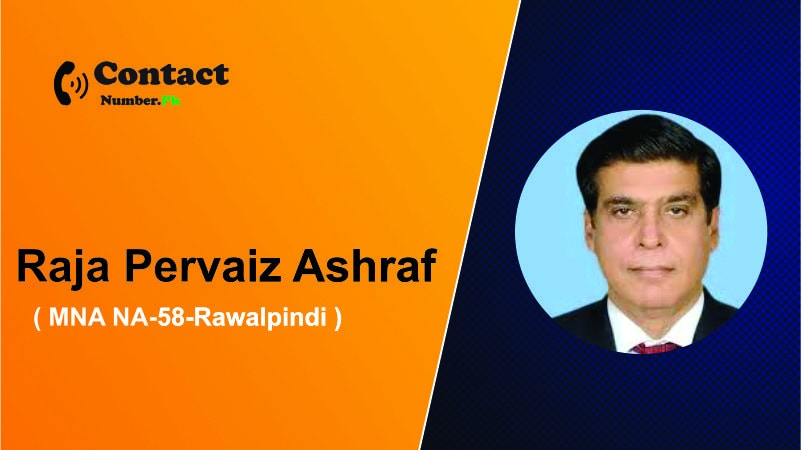 Raja Pervaiz Ashraf is a Pakistani Politician and belongs to Pakistan Peoples Party (PPP). He is Currently MNA In Gujjar Khan Rawalpindi NA-58. His house address is Sangar House Mohree Dhamial P.O. Kontrilla Tehsil Gujar Khan, District Rawalpindi, and F-202, Parliament Lodges, Islamabad. His contact numbers are 051-2287888, 0316-5466310, which was taken from the National Assembly Website. If you want to contact him, you can call on his phone number. He was born in born 26 December 1950, and he was the 19th prime minister of Pakistan from 22 June 2012 until completing his designated term on 16 March 2013.

Here are all parties who participate in the General election.